Foamex Printing: What Can You Create?

Foamex Printing: What Can You Create?

Foamex is a superior quality plastic, as versatile as it is sturdy.

Only introduced to the world some 30 years ago, its popularity has soared in light of its printability and reliability alike.

Composed of small cells encased between two outer faces, Foamex is in essence a compressed form of PVC foam.

Yet it could be argued its name is somewhat misleading… given the material is anything but ‘foamy’.

Indeed, the opposite is true.

The substrate otherwise known as Foamlite, Forex and Palite is extremely durable. What’s more, it boasts incredible weathering qualities, being both 100% waterproof and UV repellent.

It is then no surprise to learn many of its typical applications are external ones.

Proven to last up to seven years when placed outside, Foamex will sustain, without breaking the bank.

Certainly, it’s become the obvious solution for display products that look more expensive than they actually are.

Let’s take a closer look at some of those… 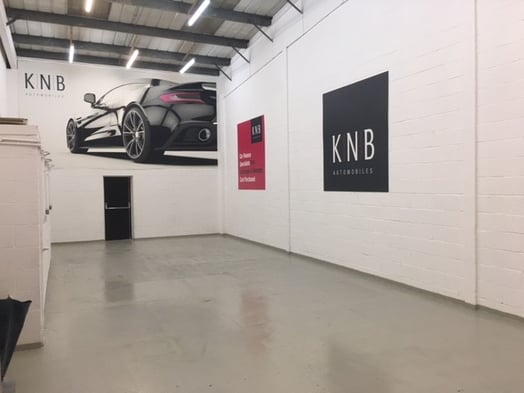 Foamex is synonymous with signage.

It takes ink extremely well and can be printed onto both sides, increasing visibility.

Moreover, it is easily shaped using the likes of routing and thermoforming, making for customisable displays that truly capture attention.

Just as importantly, the material is easily mounted. When placed inside, it can be positioned using double-sided tape or even Velcro, given it weighs next to nothing.

Anything paced outside meanwhile may be drilled or glued without much effort whatsoever.

Foamex comes in three forms. The smallest - 3mm - is perhaps too flimsy to be positioned outside but both 5mm and 10mm versions will combat the elements and project your message for years and years.

Examples of signage made from Foamex include:

Exhibition panels made from Foamex are a great way to maximise space and market products and services at events such as trade shows.

A wide range of colours can be printed in high quality onto the substrate, which can also meet unlikely specifications.

Again, the fact Foamex is easy to install lends it to such arenas, while modular stands and shell scheme graphics allow for even greater customisation – helping to draw a crowd.

The same principle applies when deploying it as part of a museum display or stage skirt. You may very well have enjoyed a theatre show where the backdrop has been created this way.

Not forgetting construction site hoarding panels, something we’re all familiar with. The next time you pass a building site, take a closer look at the permitter.

The chances are that panel depicting the eventual build, along with details on the construction company responsible, will be made from Foamex.

Examples of panels made from Foamex include: 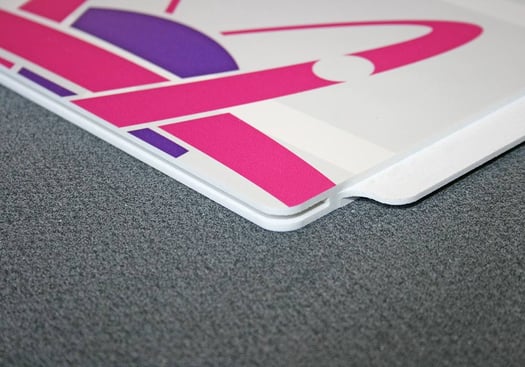 Foamex is refreshingly versatile and can be utilised in ways other than signage and display panels.

Internal decoration is one such example. It’s an obvious choice for rigid posters and mounted artwork, adding real character to even the oldest rooms.

You may also be familiar with car door boards, often made from… you guessed it, Foamex. Without these, your driver’s side would look quite different.

Then you have data boards and menu boards also, items we don’t focus on all that often but ones we’d be lost quite without.

All of the above are easy to print, clean and install.

So there you have it, just some of the ways Foamex can be put to use. A cost-effective alternative to the likes of Aluminium, MDF and Plywood, it’s as impactful as it is versatile. While best known for signage it’s capable of far more. Why not put it to the test?

Want to print onto Foamex? Request A Quote or Contact Us.