Before going to print a designer must first settle on the type of substrate they will deploy. Weighing up the pros and cons of each will allow you to make an informed decision on which material best suits your particular needs. To help that process, Evans Graphics have put together this head-to-head comparison of polystyrene and sign block.

While both materials are associated with the likes of signage, POS and film sets, there are in fact subtle differences between the two. Understanding those may just change your opinion.

Sign block is still viewed as somewhat unique. A lightweight yet solid material, it is a form of Heavy Duty Urethane Foam (HDU).

In stark contrast to alternate foams however it boasts a consistent structure throughout, one that affords it better durability. Indeed, the fact sign block can better withstand trying conditions means it appeals to those intending to place products outdoors.

When doing so, greater impact is achieved courtesy of the addition of LED lights, which can be added to the front or back structure of sign block with the minimum of fuss. Of course, the real advantage of LED lighting is it lengthens the amount of time signs in particular can command attention, providing a form of marketing long into the night. 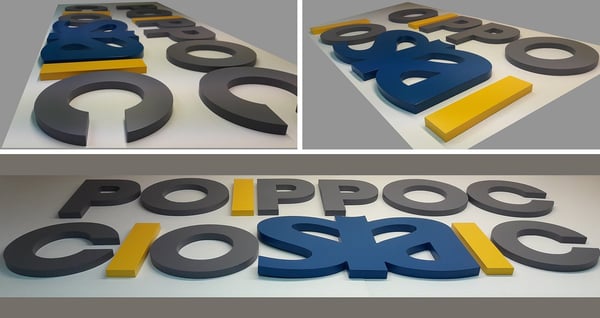 Elsewhere, the fact sign block is so lightweight means it is safer to install. Heavier materials pose all manner of health and safety risks, but these are avoided if your exhibition stands are made up this way.

In terms of basic appearance meanwhile, sign block is admittedly rather basic. That said, it can be painted to resemble pretty much any other material. Supermarkets are big proponents of this approach – portraying metal, stone or wood to enhance POS on all kinds of promotions.

As for the ever-popular 3D effect, this can be realised using sign block too. In fact, letters and shapes can actually be routed easier using this substrate – making for impactful and original displays alike.

Sign block is perhaps a sign-maker’s best kept secret, as many still lack a true understanding of the material and its many benefits. In truth, it provides a viable alternative to polystyrene and better value to boot.

Polystyrene is of course far better known but for avoidance of doubt it is a form of plastic typically associated with consumer products.

This substrate is a hard, solid one lending itself to all manner of different applications.  Significantly it owes 95% of its make-up to air.

Polystyrene comes in two forms. The first, an expanded type, is what we all know and recognise as foam. It is this which will be used for bowls, cups, plates and more. The alternative is an extruded version which is less flexible and perhaps best utilised in surfboards.

Unbeknownst to some, various home appliances will contain polystyrene – from your fridge to your microwave. It proves popular in this sector as it does not react with other materials.

Similarly, car parts are created using the substrate. Though obvious in child seats, it is less so within instrument panels or energy absorbing door equivalents. Rest assured however, it is making a difference. 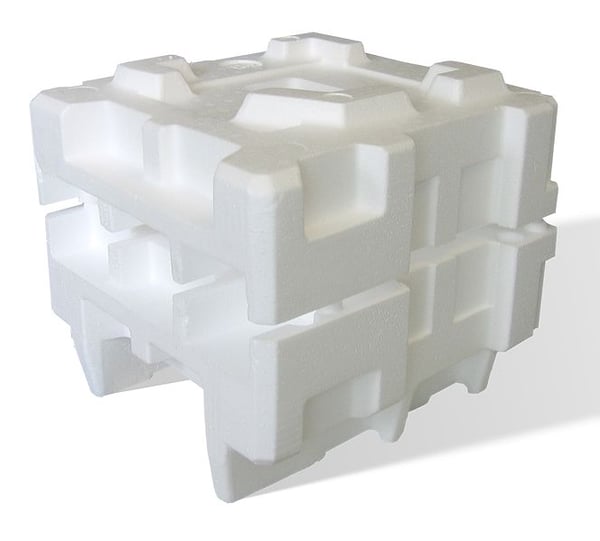 The hardened form of polystyrene meanwhile plays a crucial role in the medical industry. The fact it is clear and straightforward to sterilise means it is implemented for test tubes, petri dishes, tissue culture trays and the like.

Significantly, polystyrene is been deemed safe enough to come into contact with foods. Everything from egg cartons to meat trays are made up this way, safe in the knowledge that styrene will not lead to illness.

On the contrary, polystyrene is believed to reduce food related health issues and is far safer than aluminium, paper or plastic packaging.

When transferred into a foam material polystyrene is ideal for the protection of products. Most have evidenced it when opening a new television for instance.

Polystyrene is created when the aforementioned styrene is strung together. The latter is an organic compound and the process itself is termed polymerizing. It may come as a surprise to learn styrene can be found in the likes of coffee, fruit and meat.

Given this fact it is perhaps less surprising to learn a great many food companies utilise the substrate, even those that have historically favoured acrylic. It keeps cold foods cold, hot foods hot and fresh foods fresh. Moreover, it is economical – proving far cheaper to produce than paper-based solutions. Not only that but just a tiny percentage of its materials make their way to landfill.

There are drawbacks; polystyrene cannot be painted unless it is encased in a specialist inert polyurea coating, one which adds extra cost. Not only that but polystyrene will never degrade or decompose, meaning it is somewhat environmentally unfriendly.

These two points alone suggest sign block is the better option for those seeking to make an impact with signage with a more durable effect.

Want to start your own print project using Polystyrene or Sign Block? Contact us or Request A Quote.