As effective and as popular as DiBond has become in the last three decades, a good deal of confusion still surrounds this remarkable material. Much of that uncertainty can be attributed to its name, which was patented for trade purposes only.

Those unfamiliar with the term DiBond may have some knowledge of Aluminium Composite Sheets. What they may not realise is they’re one of the same.

And it’s this substrate which has become the obvious choice for anyone looking to create modern, reliable signage. Let us explain why... 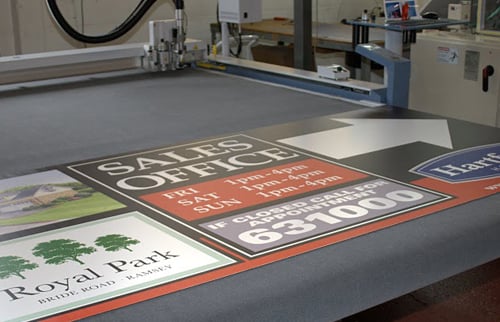 DiBond is the meeting of two distinct substrates, which combine to enhance their respective qualities.

An outer layer of aluminium typically extends just 0.3mm below the surface level. At this point it is met by a polyethylene core, before a second sheet of aluminium completes the curious combo.

While DiBond is more often than not cut in straight lines - creating rectangles and squares - it is versatile enough to be bent, curved and rounded, opening up a wider range of design possibilities.

This is just one of a number of characteristics that appeal to advertising agencies, interior decorators and more.

Whilst being extremely rigid, DiBond also happens to be surprisingly lightweight. This helps with the installation of signage, which is made considerably easier.

The material is also sturdy enough to withstand the harshest conditions, meaning there are few concerns about placing it outside an office block. Indeed it’s both non-corrosive and damage resistant, so weathering is never an issue.

When it comes to printing itself, DiBond is fully machinable, which simplifies the process and allows for unlikely shaping and greater customisation. Dibond is flexible enough to be bent, laminated, milled, painted or printed – given it a clear advantage over many materials.

Dibond's surface is polyester lacquered which lends itself to screen printing and digital printing alike. It also makes for that all-important smooth finish whilst adding extra durability.

As for the overall look and feel? Firstly a whole suite of metallic colours can be printed onto Dibond – ranging from red to pink. And the reason DiBond has become a firm favourite with interior designers is the ease of which photos can be digitally printed onto it, making for bespoke indoor decoration and office décor. This is very much on trend in 2020.

A variety of finishes can be applied thereafter, including glossy, matte and mirrored. In fact it is even possible to embrace two distinct surface types, one either side.

DiBond also benefits from being the one of the flattest panels available, simplifying what could otherwise prove a complex process. Better still it happens to be totally recyclable, a sustainable option in a time where that carries greater significance.

All things considered; you’d be forgiven for thinking such a product will break the bank. This is not necessarily the case. For while DiBond will set you back more than a Foamex equivalent it’s generally cheaper than you’d expect, certainly compared to a host of metal alternatives. 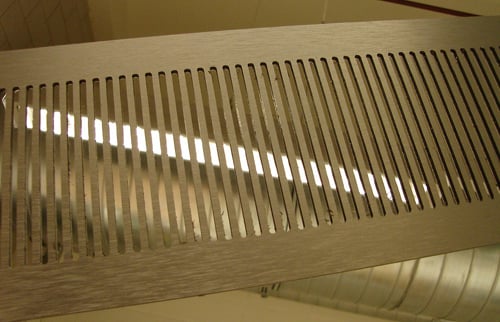 Given the aforementioned benefits it’s perhaps no surprise DiBond is closely associated with signage but it has other uses. A great many in fact.  These include temporary installations you’d typically come across at a trade show or in the form of spring-up kiosks.

Less obvious is its presence in bars and clubs. Yes, believe it or not, many service counters are made from this very material. DiBond is used for storefronts, cut out figures, partitioning, construction site hoardings and a whole lot more besides. It’s even included in some furniture.

For all that when DiBond was created in Singen, Germany, it was done so for the purpose of signage – for which it will always be known.

To the surprise of many this material is not exactly new, with aluminium composite metal consisting of two sheets and polyethene sandwiched between dating back as far back as 1965. So while DiBond itself came to prominence in 1992, the idea was utilised in architectural applications long before. Still more people are familiarising themselves with this material and its many advantages. In some respects it remains print’s best kept secret.

Evans Graphics specialise in the creation of signage made from DiBond and actually produce these in both 2mm and 3mm thicknesses. Moreover we print and fabricate on sheet sizes up to 3050x1530mm.

So if you’re on the lookout for robust signage of the highest quality and proven to last the course, here lies the obvious choice.