Back in 2016 we gave an overview on how Augmented Reality (AR) was starting to be used in modern day life. Now, at the start of 2022, we’ve decided to revisit AR and assess not only how it’s developed over time but what is yet to come.

The idea may have started as just a novelty, defined by clumsy devices and poor software, however it looks as if AR - and extended reality (XR) generally - is quickly becoming one of the most rapidly expanding technology sectors.

Moreover it has emerged as a significant part of daily life, especially in the wake of the pandemic and a subsequent rise in digitisation.

The Wave of Wearable Technology 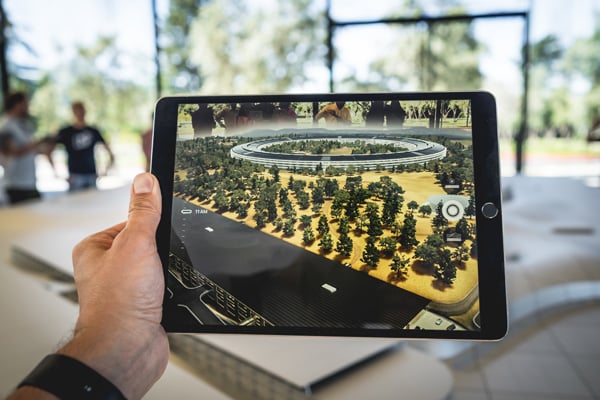 A lot of the major technology companies have been producing and perfecting wearable AR devices since the mid-2010s so it comes as no surprise to learn there are many more planned for the year ahead. A number of those were announced at CES 2022, the Consumer Technology Association’s technology exhibition.

Apple have been researching how to implement AR into their products for almost 20 years and are now preparing to release their own headset and smart glasses.

It’s believed that the AR devices will utilise Apple’s own M1 processor, 8K displays, and eye tracking, with the ability to connect to other products manufactured by the tech company.

While their smart glasses won’t be ready until at least 2023, their mixed reality AR/VR headset should be released later this year.

Microsoft’s first HoloLens mixed reality smart glasses were released back in 2016 with their HoloLens 2 devices remaining a popular choice on the market today.

Now Microsoft will be collaborating with Qualcomm to develop custom AR chips for their future product releases. Qualcomm’s press release states that any upcoming AR smart glasses will be more power efficient, lightweight, and boast the ability to integrate with software such as Microsoft Mesh and Snapdragon Spaces XR Developer Platform. 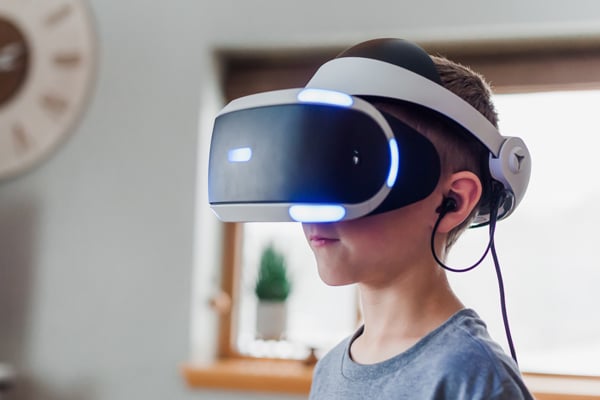 While wearable technology has been a staple of augmented reality for many years, digital fashion has grown and evolved dramatically throughout the COVID-19 pandemic.

There has always been potential for augmented reality to be integrated with retail shopping, but the implementation of social distancing measures has seen the fashion industry rushing to adapt to the digital world.

Augmented reality has been used in handheld apps since the early 2000s but more recently mobile users have been able to try on digital clothing through their phones using AR filters.

DressX has taken this concept even further by allowing consumers to purchase digital fashion items of their choice and altering photos to give the appearance of the consumer wearing the digital clothing.

While digital fashion isn’t quite mainstream yet, it seems that many influential brands and designers are introducing their own virtual clothing collections and it’s likely this trend will continue to grow.

The term “metaverse” was first used in the 1992 science fiction novel Snow Crash but nowadays it’s more likely that you’ll have heard it used to describe Mark Zuckerberg’s idealistic vision of his mixed reality project.

The metaverse is a more immersive virtual space that people can access using VR and AR to take part in online activities like playing video games, watching videos, or just hanging out with friends. Users will be able to create their own avatar and interact with other people from around the world much like they do in real life.

Currently Zuckerberg’s metaverse is in its infancy but is expected to grow and evolve quite quickly now that the Meta company will be switching its focus from social media to mixed reality. Meta has recently had multiple patents granted that can utilise a user’s biometric data to try and make the augmented reality experience more realistic than ever before.

Augmented reality has come a long way in the last few years and the AR market is expected to grow larger still.

For more information on modern design techniques stay tuned to our blog.